I read Pride and Prejudice (← free ebook) for the 'classic romance' entry in the 50 Book Challenge. 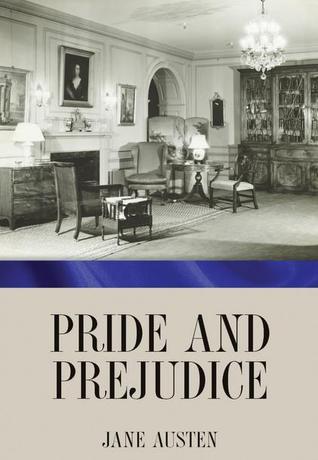 I'll admit that I came to this as a complete Austen virgin. I've not read any of her books or even watched the movies. I'm not really a fan of romance or any of the 'classics' I've tried to read. It's just not really my thing. I honestly don't get the thousands of gushing 5 star reviews that I see, but I did enjoy the book much more than I expected to. I got into the story and finished it in one day. It wasn't as much of a hard read as I had feared.

While I'm not much on the over-arching plot of “First and foremost, we must make prosperous matches for the girls!”, it was interesting to get a glimpse into a culture so fixated on such things. At first I actually found it quite dull, following around a wealthy 'wisteria' family who does no work beyond social climbing and who measures everyone who comes to town based on how much more income they similarly get for doing nothing. It's good to be born into money, but better to be born (or wed) into LOTS of money. Gotcha. Life revolves around balls and how many times various girls get picked to dance. I'll admit that I feared 300-odd pages of Rich White People Problems, which was definitely delivered, but the characterization was so fun and skillful that I enjoyed following along for the day.

The various young men and women were not all cookie-cutter, and Austen did an admirable job of making them all fairly well-rounded with believable weaknesses. The secondary characters stood out for their worst qualities and inability to even care about rectifying them, while the main characters shone because they were willing to have some introspection, admit their faults, apologize for them, and make real changes. I ended up liking Elizabeth and Darcy more than I expected to, and the Gardiners, while also love-hating Mrs. Bennet, Lady Catherine, and Mr. Collins. My favorite character, however, was Mr. Bennet. His lines had me laughing aloud several times.

While I'm not a huge fan of the “let me round-about explain what all happened in this particular passage, although I will do so as the narrator and not actually show you any of the action or dialogue that it entailed, just, you know, tell you what all is intended right here” approach, I can begrudgingly appreciate it for what it was and being of a different time. I'm really back-and-forth on this one, to be honest, like riding a pendulum between 'Meh' and 'Wow'. For me, the novel alternates between wordy clumsiness and striking, impressive wordsmithing. The characters are what drew me in and captured my attention, but there were several lines that stood out as absolutely brilliant. But the propensity toward info-dump, the pacing &/or repetition in several places, and the absolute 100% predictability throughout the entire thing ultimately leave me waffling between 2 and 3 stars.

I'll give it 3 stars just for the enduring love it inspires, but ultimately I'm left feeling most like Mary – just kinda, “Yeah, all right, you all do your thing while I sit back here with a pile of books more interesting than you guys.”
Collapse